The ebook cover for Powerhouse Hard Pressed is done and I’m pretty impressed with it: 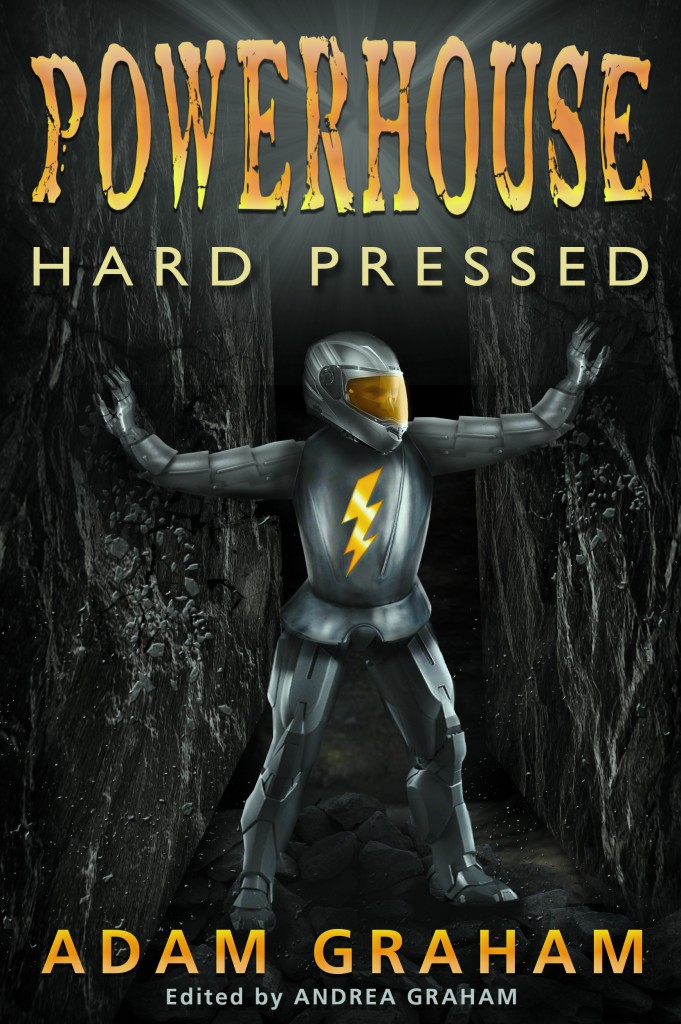 The cover was done by Brandi Doane at Ebook Cover Designs.

I’m thrilled with how it turned out.

Really, I’ve been working on this book since the first of the year and the cover has always been a question. With [book:Fly Another Day|17668967], we didn’t Powerhouse on the cover and while the cover looks great I didn’t want that become a habit.

Fans of the Powerhouse stories no they can be episodic. However, in Hard Pressed, our episodes center around Mitch “The Pharaoh” Farrow’s war on Powerhouse and he goes beyond normal supervillain stuff to include using tabloid trash, trying to stir up political strife. And then there’s an alien warlord comes in and takes campier route.

I had all kinds of ideas but all of them seemed not to work. I had the thought of having a cover with all the elements of the story. I’d put all the characters who show up such as Mitch Farrow, Kelli Michaels, the Silver Medal, Mister Manners, Plato the Sheriff of Atlantis, and the Boomerang Bloke. Big problem with a cover like that is that those just tend to be too darn busy.

My wife and editor Andrea had suggested, and I’d thought about seeing if I could find an artist who could draw a comic book style cover. I leaned against that because if it looked like a comic book cover, people might expect a comic book which could turn off readers and disappoint graphic novel fans.

Andrea actually had the idea for what would become the cover with Powerhouse holding up two walls that were pressing in on him. This was a more metaphorical cover though it is addressed in the book. 🙂

I went to a couple different artists and had no luck finding someone who could make the design prior to Brandi. She took it and really added some great touches. I really liked what she did with the title and making the word “Powerhouse” look hard pressed. And the font color she suggested worked great. This was a challenging project that required a lot of details and she really nailed them, and it was done very efficiently and at a reasonable rate. I’m really happy with how this turned out and I hope we can make the book as good as the cover.

Listen to "The Old Time Radio Superman Show" on Spreaker.